On June 17th entries to URBAN 2018 Photo Awards has been closed. Thank you to all participants!

This ninth edition, which began last February 14, confirmed the growing trend of the competition and proved that URBAN has become an important event and followed by many photographers. In the contest, 4,460 photos and 272 portfolios for 1,103 participants from all over the world. In addition to Italy: Germany, England, Netherlands, Poland, India, United States and many more.

The jury of the competition, chaired by Tatsuo Suzuki, is already working: shortly Selected Photographers will be published and by the end of July the Finalist ones. Winners and Honorable Mentions will be announced in September. The final exhibition with award ceremony will be held in Trieste at the end of October, during the opening of the festival Trieste Photo Days 2018, where the jury president Tatsuo Suzuki will personally reward the Winner Overall.

This year, URBAN has a prize pool of 7,000 €. Among the various prizes, URBAN Main Partner, the Museum of Poreč Territory (Poreč, Croatia) will display an exhibition for three projects classified in the “Projects & Portfolios” section. The projects will be selected by the curators of the Museum and exhibited from August 7 to September 14, 2018.

Over the next few weeks, the best photos of URBAN 2018 will be selected to become part of a “traveling” exhibition circuit around Europe. Since 2011, URBAN has set up exhibitions in Poland (Krakow and Warsaw), Hungary (Budapest, Pecs and Miskolc), Germany (Berlin), Cyprus (Limassol, Paphos and Nicosia), Latvia (Riga), Slovenia (Koper), Croatia (Poreč), Ukraine (Sumy), Serbia (Belgrade), Colombia (Bucaramanga) and Italy (Trieste and Rome).

In addition, a selection of single images and projects will compose the fourth edition of Urban unveils the City and its secrets, which will be presented at Trieste Photo Days in late October. 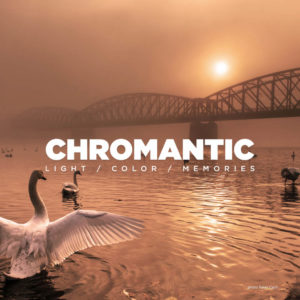